Step 1
Place the loom in a staggered configuration, with the red arrow pointing away from you.​ 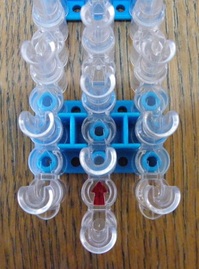 Step 2
Place your first band from the centre peg to the right peg.​ 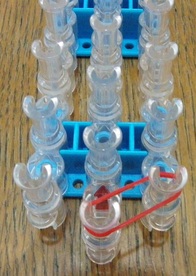 Step 3
​Place your second band on the loom from the left peg to the centre peg, in a zig-zag pattern.
​Remember to push down the bands as you go.
Step 4
​Continue placing bands in a zig-zag pattern along the loom, until you reach the end of the loom.
Step 5
​Turn your loom around so that the red arrow is at the far end away from you, but the arrow is pointing towards you. 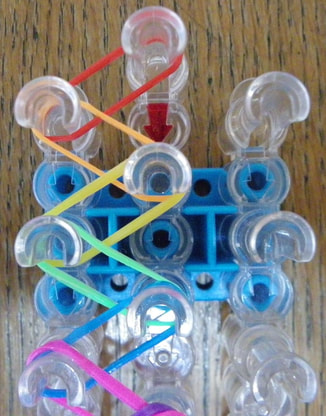 Once you have looped the last band your loom should look like this.
Step 12
Turn the loom around so that the red arrow end is closest to you.
Using your hook, grab the last band,  pull it over and place it over the right peg. 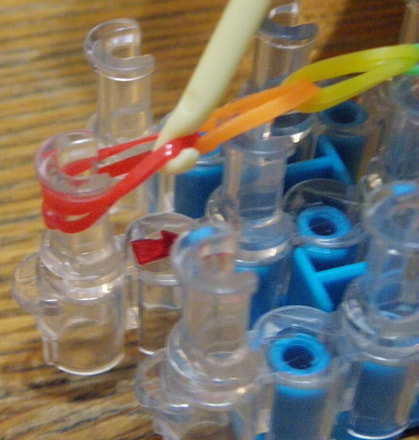 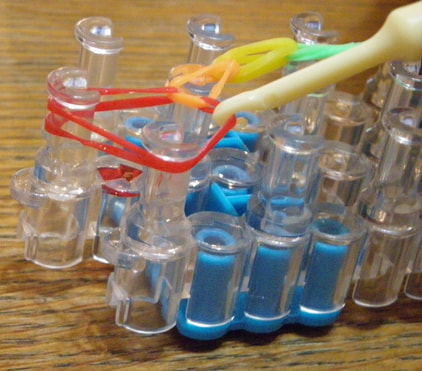 Place the band on the right peg.
Step 13
Loop the S-clip or C-clip onto the last band and remove the bracelet off the loom.​ 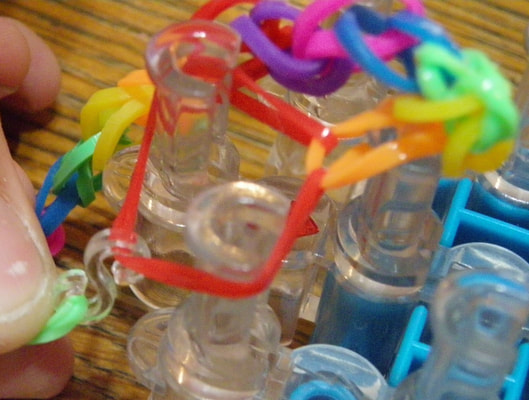 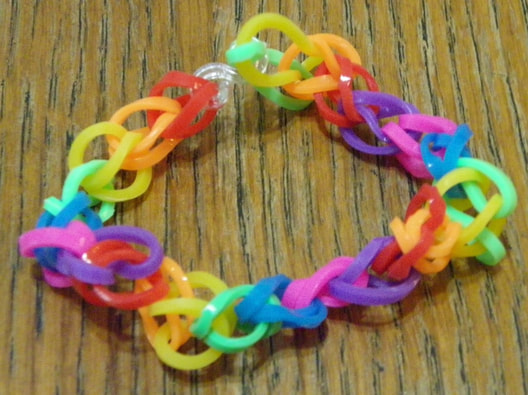