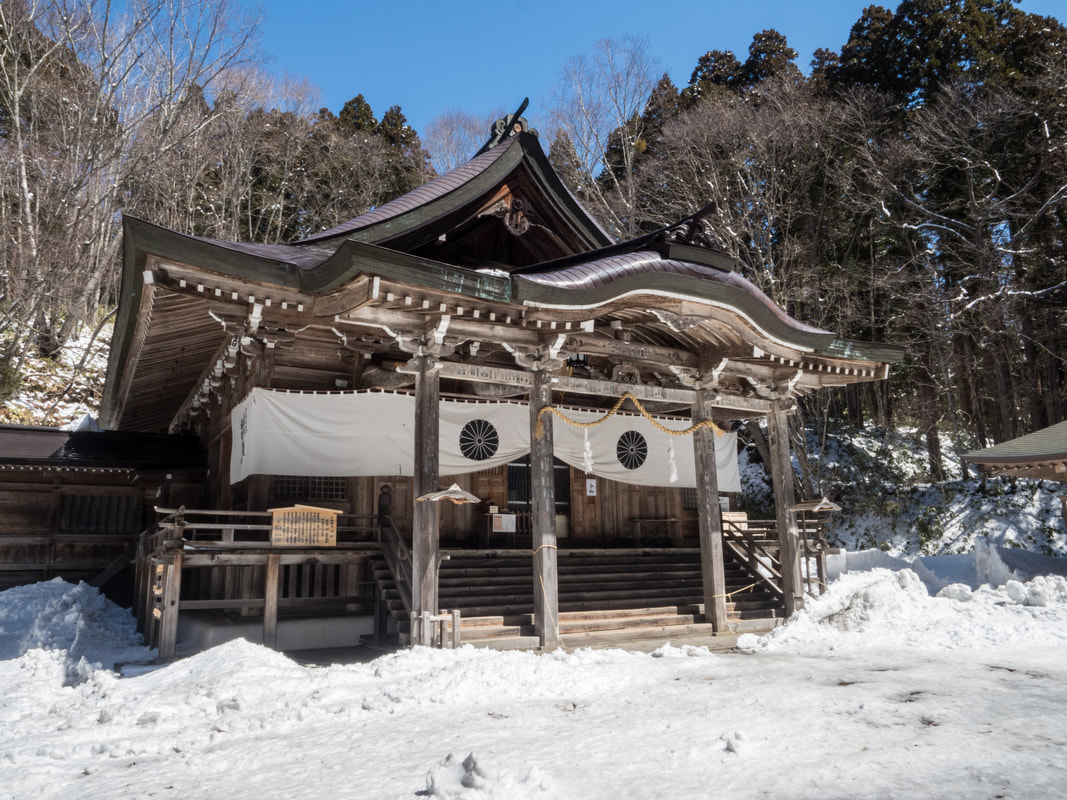 Situated on the lower slopes of Mount Togakushi, Nagano Prefecture, Japan, Togakushi Jinja Shrine is a complex of five shrines...

Togakushi Jinja Shrine is deeply rooted in history, and is thought to have been founded 2000 years ago, .

The shrines are related to a story in Japanese mythology in which the Sun Goddess Amaterasu hid herself in a cave in present day Takachiho on Kyushu after her brother had misbehaved, thereby bringing darkness to the world.
In order to get the sunlight back, the other deities tried to lure the Sun Goddess out of the cave by performing spectacular dance performances in front of it. When the Sun Goddess took a peek out of her cave, one of the deities grabbed the cave's stone door and threw it away to prevent her from hiding again. The stone door flew all the way to Togakushi in Nagano Prefecture, which is also how the area got its name: Togakushi literally means "hiding door". Mount Togakushi is said to be the actual Door of the Celestial Rock Cave, its resting place after it was flung away to prevent the Sun Goddess Amaterasu from hiding her light.

The shrines of Togakushi are connected by both roads and hiking trails up the mountain's forested slopes. Starting at the torii gate of the lower shrine, there a long flight of stairs leading up to its praying hall.

A further two kilometre ascent from here takes you to the middle shrine, which stands at the top of a small town of shops and restaurants. The shrine features a praying hall, a small waterfall, and sacred trees which are over 700 years old.

The entrance to the upper shrine is a further two kilometres uphill from the middle shrine. The gate marks the start of the two kilometre long approach to the shrine, which is lined by over 300 tall cryptomeria trees, passes the thatched-roof Zuishinmon Gate (also called the red rose temple) along the way, and ends with a series of over 270 stone steps. The upper shrine's main hall stands in the steep mountainside of Mount Togakushi, with the mountain peaks towering above.

Information to help write this post was found at these helpful websites:

Nagano Travel
Go Japan
Togakushi Jinji (written in Japanese)
Wikipedia
We visited in spring... The winter snow was still on the ground and the spring sun had made the steps and paths both icy and slushy in places. 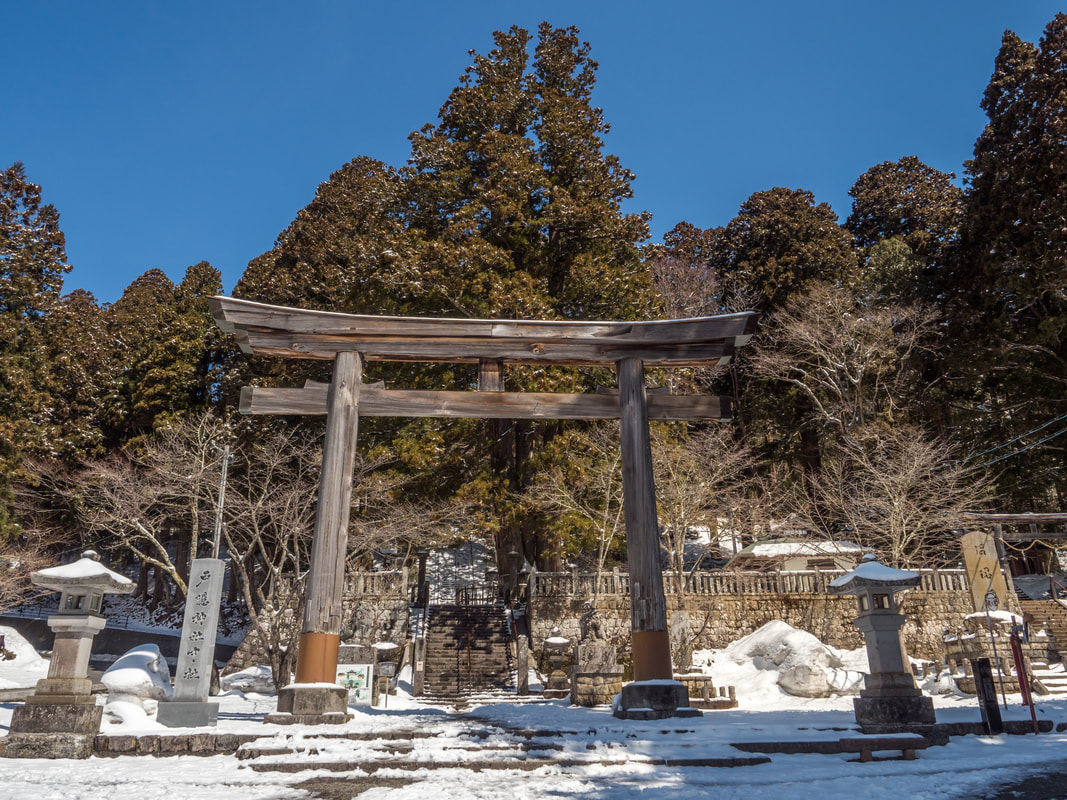 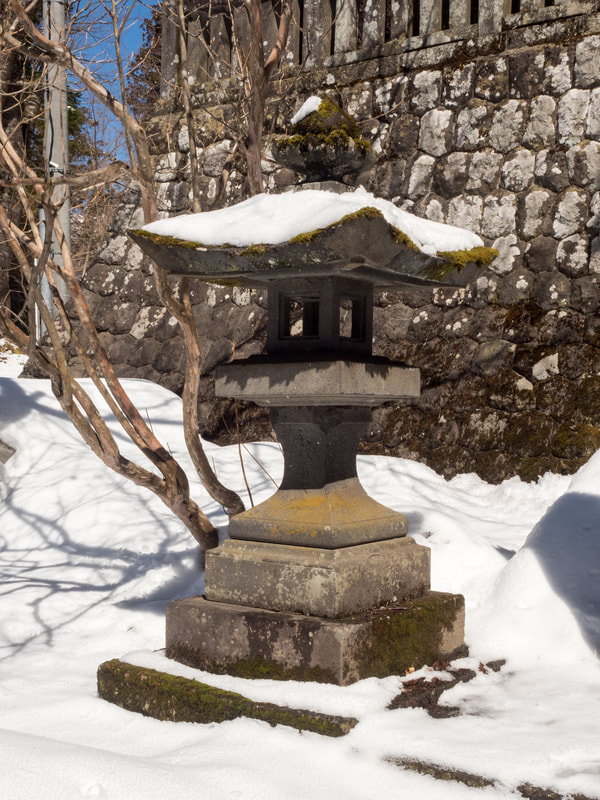 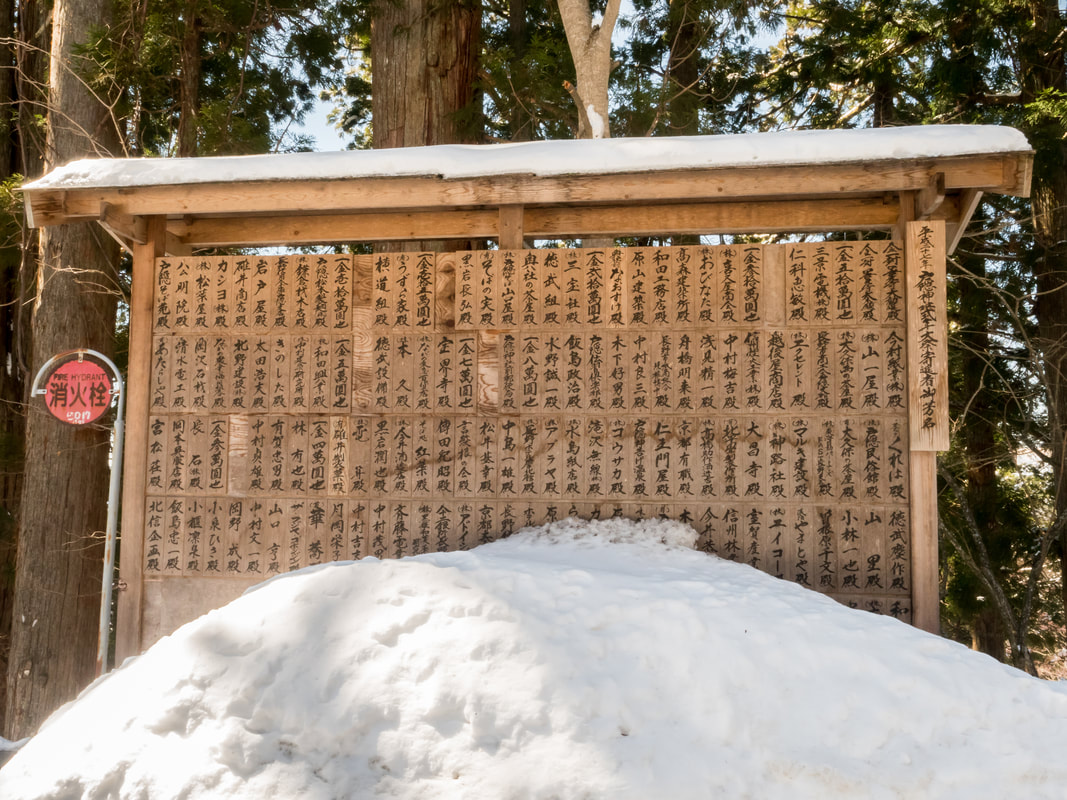 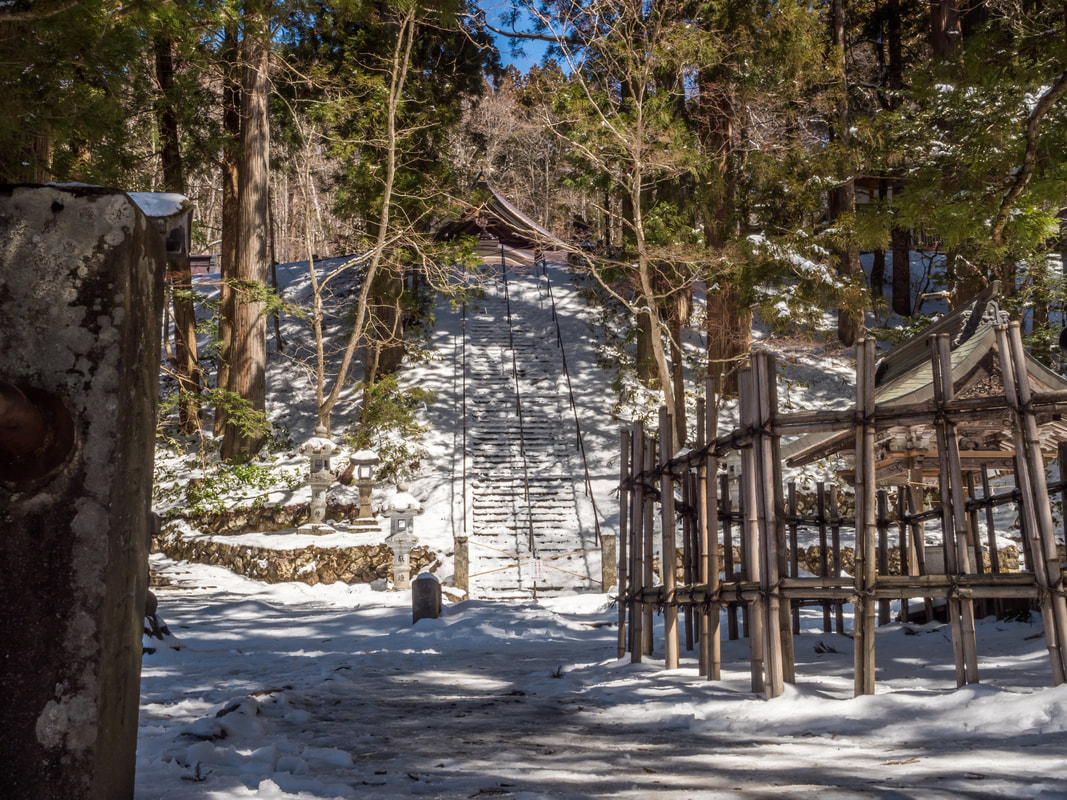 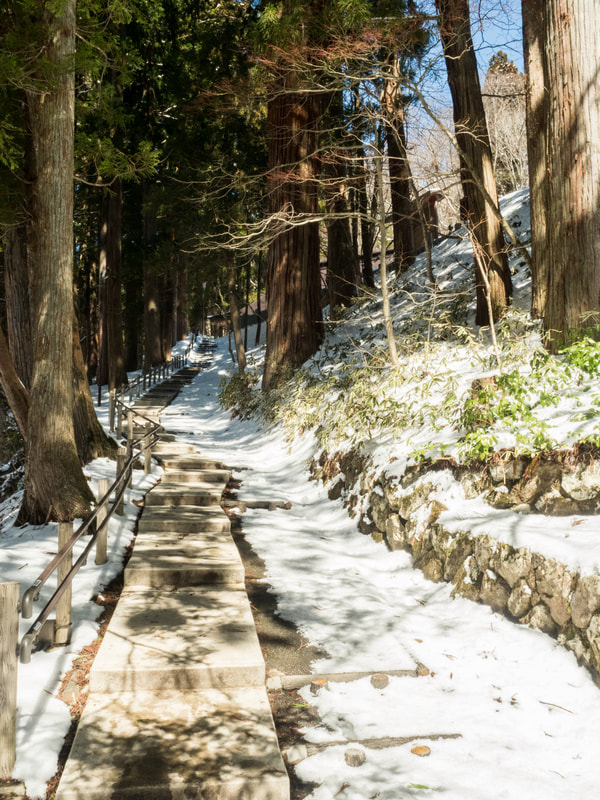 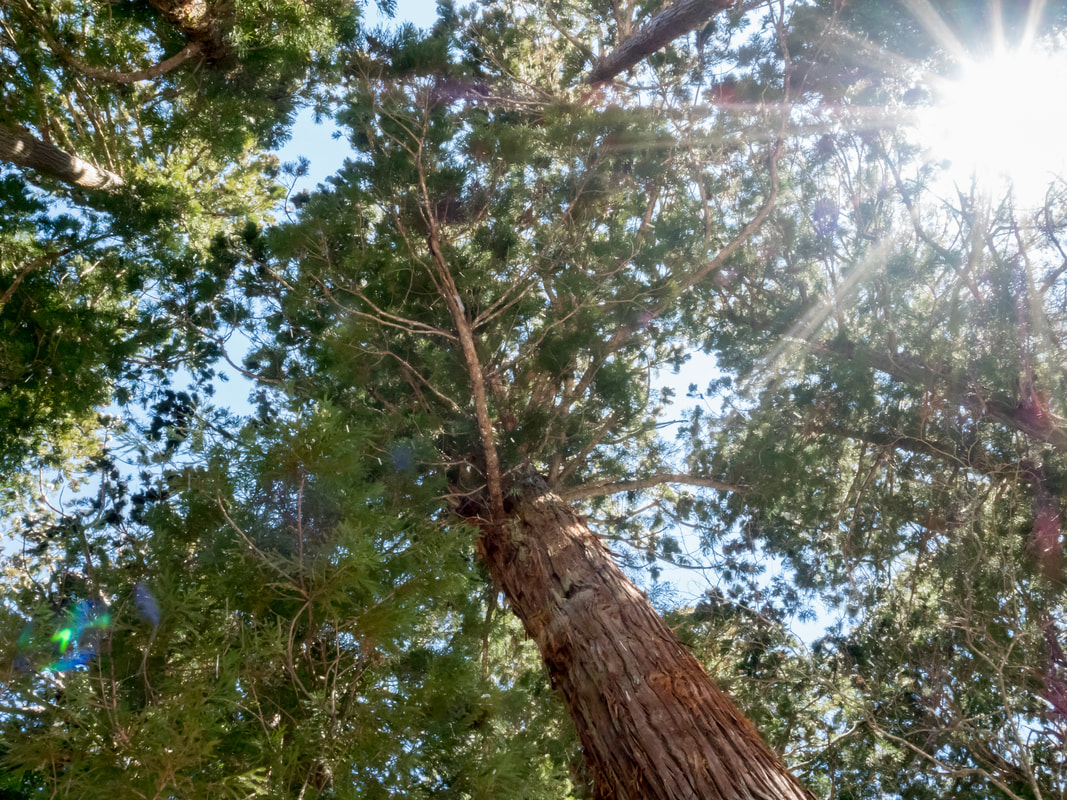 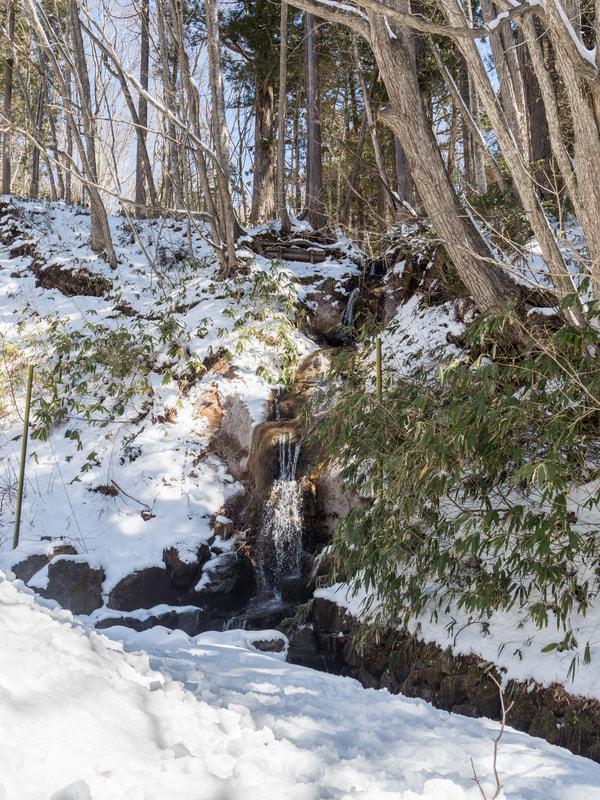